Fall Once Had a Different Name 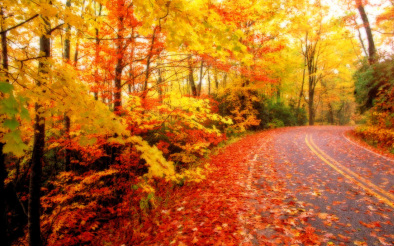 September 21, 2011 by: Dictionary.com blog in: Education, etymology, Language
The season we call fall was once referred to simply as “harvest” to reflect the time when farmers gathered their crops for winter storage, roughly between August and November. Astronomically, the season lasts from the end of the September until December, between the autumnal equinox and the winter solstice in the Northern Hemisphere. (Want to learn more about the difference between a solstice and an equinox? Find out here.) The word harvest comes from the Old Norse word haust meaning “to gather or pluck.” In the early 1600s as more people started moving into cities, the word harvest fell out of use. Instead, city dwellers began to use the phrase “fall of the leaf” to refer to the third season of the year when trees lose their leaves. The word fall comes from the Old English word feallan which means “to fall or to die.” Over time, the phrase was shortened to fall. “Fall of the leaf” is a little clunky to use in common parlance.

Surprisingly, we don’t really know where the word autumn comes from. It was used as far back at the 1300s (by Chaucer), and Shakespeare often used the word, as in Midsummer Night’s Dream when one character describes the cycle of the year, “The spring, the summer, the childing autumn, angry winter.” However, etymologists have not determined its precise origin.

As English spread to the New World, the common season names split as well. The use of the word fall fell out of favor in England. Today, American English uses the word fall while British English uses autumn almost exclusively. Fall provides a nice foil to its opposite season, spring, and gives us the helpful reminder, “Spring ahead, fall back,” when we get confused about our clocks on daylight savings. (Want to learn more about daylight saving time? Read here!)